The corporate identity of Berkshire Hathaway will always be inextricably linked to the remarkable career and investment track record of Warren Buffett. Mr. Buffett’s tenure at the company has spanned nearly six decades and transformed a dying textile business into one of the world’s largest and most respected conglomerates with operations ranging from insurance, utilities, and railroads to candy, underwear and bricks. Berkshire is not only respected based on its impressive financial results, but also due to the company’s unique business philosophy. With important contributions made by Vice Chairman Charlie Munger, Mr. Buffett has built a legacy that is well worth careful study.

The purpose of this page is to provide a list of resources for those who are interested in learning more about Berkshire Hathaway, Warren Buffett, and Charlie Munger. Many of the articles link to external websites containing publicly available information about the company. The Rational Walk has been publishing content on Berkshire Hathaway even since the site was created in February 2009. However, many of the articles published during the early years of the website are less relevant today. Articles that continue to remain relevant today are highlighted on this page.

This page will continue to be updated and enhanced over time. The content is divided into the following sections:

There is no better way to gain an understanding of Warren Buffett’s business philosophy than to read his annual letters which are available on Berkshire Hathaway’s website. The letters are interesting to read chronologically because doing so provides the reader with a narrative through time regarding Mr. Buffett’s thinking and the key investment decisions he made for Berkshire. However, one can also read the letters organized thematically thanks to the availability of an excellent book, The Essays of Warren Buffett: Lessons for Corporate America, edited by Lawrence Cunningham, which I briefly described in an article published in 2009. The fifth edition of the book covers annual letters through 2019 and is organized by the following subjects: Governance, Investing, Alternatives, Common Stock, Acquisitions, Valuations, Accounting, Taxation, and History.

The following articles represent a small subset of the Berkshire content on The Rational Walk. These articles continue to be relevant today or may be interesting from a historical perspective. In addition to the articles, the first several sections of my 2011 report, In Search of the Buffett Premium, are still relevant today.

Damn Right! — Behind the Scenes with Charlie Munger 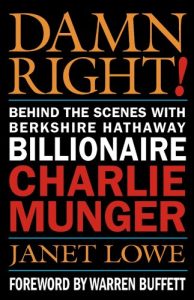 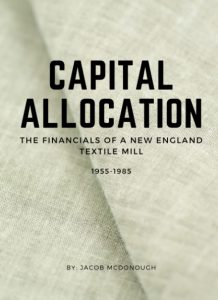 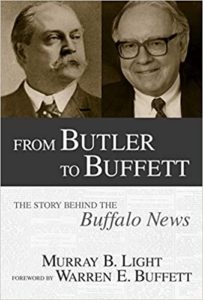 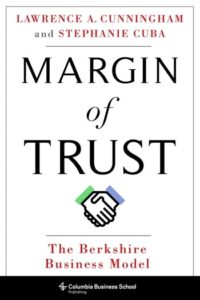 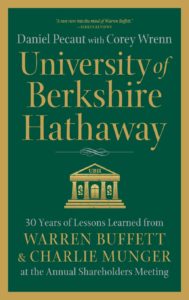 November 8, 2017
How to Build a Business Warren Buffett Would Buy: The R.C. Willey Story 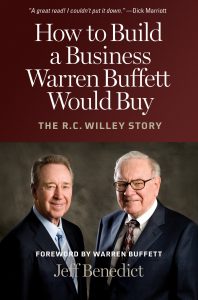 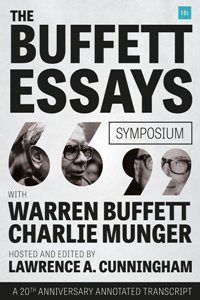 October 27, 2016
Inside the Investments of Warren Buffett: Twenty Cases 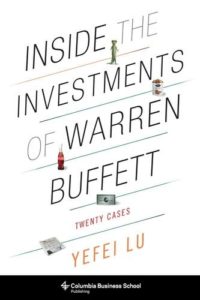 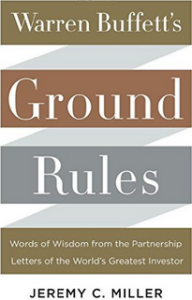 May 27, 2016
Habit of Labor: Lessons from a Life of Struggle and Success 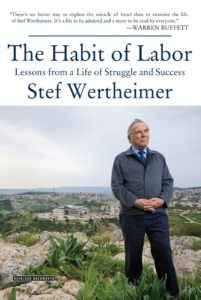 May 15, 2016
Berkshire Beyond Buffett: The Enduring Value of Values 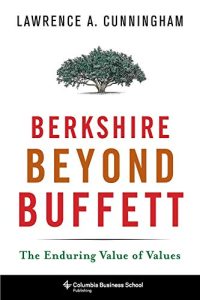 November 5, 2014
What I Learned Before I Sold to Warren Buffett 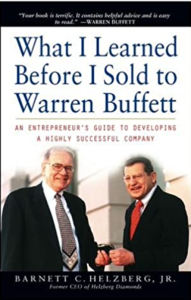 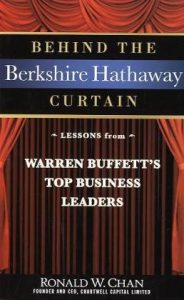 April 27, 2010
Buffett Beyond Value: Why Warren Buffett Looks to Growth and Management When Investing 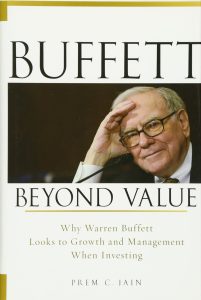 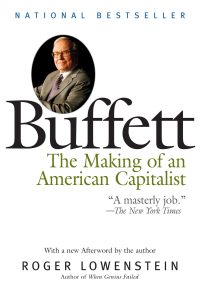 May 20, 2009
The Essays of Warren Buffett: Lessons for Corporate America 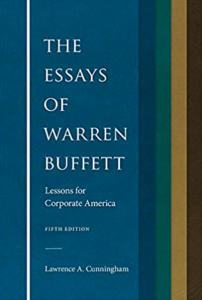 The following links are to external websites that contain useful information regarding Berkshire Hathaway, Warren Buffett, and Charlie Munger.

Blue Chip Stamps Annual Letters (1977-1982)
In the early days of the Buffett-Munger partnership, Charlie Munger controlled entities that were partially owned by Berkshire but also had outside shareholders. Some of Berkshire’s most famous subsidiaries were originally purchased through these entities. Blue Chip Stamps was one of these Munger controlled entities. Both See’s Candies and The Buffalo News were originally acquired by Blue Chip Stamps. Max Olson has published a compilation of Charlie Munger’s letters to Blue Chip shareholders from 1977 to 1982. Blue Chip subsequently became a wholly owned Berkshire subsidiary in 1983.

Berkshire – Past, Present and Future by Warren Buffett, February 27, 2015
Warren Buffett reflects on fifty years of controlling Berkshire Hathaway in this lengthy letter to shareholders. Excerpt: “By April 1965, BPL owned 392,633 shares (out of 1,017,547 then outstanding) and at an early-May board meeting we formally took control of the company. Through Seabury’s and my childish behavior – after all, what was an eighth of a point to either of us? – he lost his job, and I found myself with more than 25% of BPL’s capital invested in a terrible business about which I knew very little. I became the dog who caught the car.” (Berkshire Hathaway)

Vice Chairman’s Thoughts – Past and Future by Charlie Munger, February 27, 2015
Charlie Munger reflects on fifty years of Berkshire Hathaway under Warren Buffett’s control. Excerpt: “How did Berkshire happen to get a corporate personality so different from the norm? Well, Buffett, even when only 34 years old, controlled about 45% of Berkshire’s shares and was completely trusted by all the other big shareholders. He could install whatever system he wanted. And he did so, creating the Berkshire system. Almost every element was chosen because Buffett believed that, under him, it would help maximize Berkshire’s achievement. He was not trying to create a one-type-fits-all system for other corporations. Indeed, Berkshire’s subsidiaries were not required to use the Berkshire system in their own operations. And some flourished while using different systems.” (Berkshire Hathaway)

CNBC’s Warren Buffett Archive
The best feature of this archive is the collection of annual meeting videos dating back to 1994. In addition, there are many interviews, articles, and a portfolio tracker. (CNBC)

A full listing of all articles on The Rational Walk related to Berkshire Hathaway can be found in the article archive. There are hundreds of articles, but most of them from 2009 through 2011 are related to news items and topics that might seem less relevant to readers in the 2020s. I have attempted to identify the most relevant articles on this page to surface content that many readers might find interesting, but feel free to delve into the archives as well.

Disclosure: Individuals associated with The Rational Walk LLC own Berkshire Hathaway common stock. Nothing on this page or on the Rational Walk website should be construed as investment advice or a recommendation to buy or sell any security. Copyright and disclaimers apply.