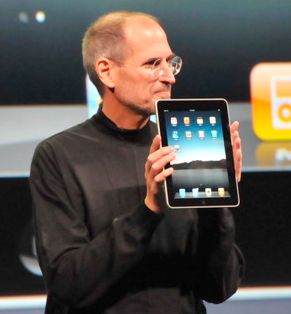 Technology product introductions have a long history of being met with initial fanfare and enthusiasm only to have the euphoria recede in the subsequent days.  It is the technology industry’s equivalent of a hangover after a night of binge drinking.  There is still plenty of enthusiasm for Apple’s iPad product but a careful examination of what the product lacks is enough to give even hardcore Apple loyalists a headache.  While the lack of true multitasking support and a physical keyboard are issues for certain users, the absence of Adobe Flash support may be a deal breaker preventing mass adoption of the device.

Flash and Other Alternatives

If you are reading this article on a Mac or PC, it is almost certain that your computer has Flash installed and that you use Flash applications on a daily basis even if you are not aware of it.  Flash has a nearly universal installed base on computers worldwide according to Adobe’s estimates of market penetration.  This has allowed countless websites to take the presence of Flash for granted when developing their web experiences.  While Flash is a “plug in” that works within an internet browser, the ubiquitous nature of the plug in makes it unnecessary for users to download it prior to using a website.

There have been attempts to complete with Flash over the past several years.  Microsoft’s Silverlight platform is a good example of a viable Flash competitor.  Silverlight has made great strides in terms of installed base over the past three years since the technology was introduced but has only recently breached 40 percent penetration.    Presumably Apple CEO Steve Jobs would not be any more enthusiastic to support Silverlight as an alternative to Flash.

Mr. Jobs has stated that the future of the internet rests with the forthcoming HTML 5 standard which is still not finalized.  Even when the standard is finalized, it will take years for websites to adopt the technology given the huge installed base of existing applications based primarily on Flash.

While Apple talks about the problems in Flash technology and complains that Adobe is being “lazy” in terms of investing in improvements for Flash, the real agenda appears to be less idealistic.  Technologies like Flash and Silverlight allow developers to create rich content that can be delivered via a web browser.  There is no gatekeeper regarding who may run such content as long as the user has a web browser that supports the plug in technology.  This open access model directly threatens Apple’s obsession with retaining tight control over what applications are allowed to run on the iPad.

Apple is so reluctant to allow users to control the software that runs on the iPad that the device even lacks such basic interfaces as a USB port.  Failing to support Flash and other plug in technologies is presented to the public as an attempt to shield users from buggy software that could cause the iPad to crash.  Yet Apple seems content with supporting Flash technology for Macintosh computer systems.  If Flash is so buggy, perhaps Apple should eliminate support on the Macintosh computer lines as well?

Apple receives a cut of the proceeds that application developers earn for distribution of software via the App Store.  While there is no doubt a market for applications that are specifically designed for the iPad, iPhone, and iTouch devices, Apple should not attempt to block access to other rich content available through ordinary websites.  This is particularly important because the iPad is being positioned as an “entertainment device”.  An entertainment device that does not permit the user to consume content available at many websites is a non-starter.  It is one thing to not support Flash on a device like the iPhone with a smaller form factor and primary utility as an “on the go” device but quite another to leave it out on a self described “entertainment device”.

Apple likes to portray itself as a visionary and trend setting company concerned with technological elegance and purity.  Unfortunately, the company’s claims regarding Flash support ring false and will be perceived as a cynical ploy to anyone who is  not hopelessly intoxicated with Apple hype.

Disclosure:  The author does not own shares of Apple.  The author held technical and management positions in the commercial software industry from 1996 to 2009 and was involved in management and design decisions related to products that were early adopters of Microsoft’s Silverlight platform.

The Real Agenda Behind Apple’s Decision on iPad Flash Support