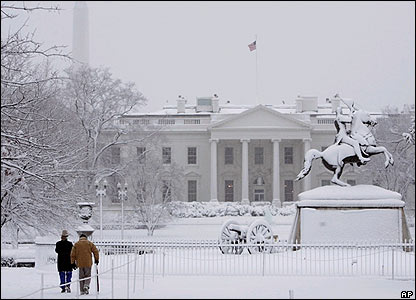 During the hurricane season, the news media often reports forecasted losses even before a storm makes landfall.  The same was not true during the epic blizzards that impacted the Mid-Atlantic states earlier this month.  While there were a number of reports regarding damage to individual structures, few estimates were made regarding aggregate damages.

Official loss estimates for the storms will not be available until next week, but preliminary estimates reported by P&C National Underwriter Magazine peg the total at a minimum of $2 Billion. Each storm is being categorized as a separate catastrophe since each storm is likely to result in at least $25 million in insured losses.

Most of the losses are expected to come from roof damage, broken pipes, and ice dams forming in rain gutters which often result in flooding of structures.  Many structures in the Mid-Atlantic and South are not constructed with enough strength to withstand the types of snow loads experienced in recent weeks.  Warmer temperatures have returned to the region in recent days which has helped with snow melt.

Business interruption insurance is likely to generate significant losses.  Many areas of the Mid-Atlantic were crippled for days which prevented workers from commuting.  Many retail businesses had empty shelves for close to a week due to resupply problems caused by snowbound roads.

Winter storms typically cause $1 Billion in damages each year and are the third largest cause of catastrophe losses behind hurricanes and tornadoes.