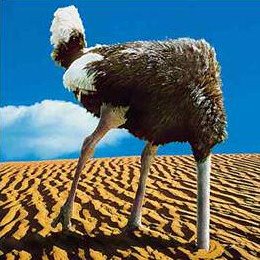 In the late 1990s, pension funds decided that it would be a good idea to purchase stocks near the peak of the technology bubble.  Strike one.  In the mid 2000s, the idea was to join the private equity and hedge fund wave sweeping over Wall Street just in time for the 2008 financial crisis.  Strike two.  Now, The Wall Street Journal reports that public pension funds have decided to employ leverage in order to boost the low returns offered by bonds.

All of these moves have been made because the rate of return assumptions set by pension funds determines the perceived solvency of a system.  Since defined benefit pension plans have fixed liabilities, the rate of return expected on plan assets can mean the difference between a fully funded plan and one that is insolvent and in need of major capital infusions.  In the case of public pension funds where benefits are fixed by law, the problem is even more severe particularly given the current fiscal situation facing nearly all states due to falling tax receipts caused by the recession.

When In a Hole, First Stop Digging …

Wilshire Consulting, which advises pension funds on investments, says leverage helps the funds meet their long-term return targets without relying too heavily on volatile stocks, or tying up their money for long stretches in private investments. Low interest rates make it impossible to meet those targets with simple bond investments. Wilshire managing director Steven Foresti says he has been in discussions with about a half-dozen funds that are interested in the leverage strategy.

So having given up on investing in “volatile stocks” or in private investments, funds are now returning to the bedrock investment of choice for pension funds in the past:  boring bonds.  Yet, with interest rates at multi-decade lows, how are pension funds supposed to meet the return assumptions that make their systems seem marginally solvent?

Most big public pensions have expected annual rates of return between 7.5% and 8%. Wisconsin, for example, assumes 7.8%. Many analysts consider those return rates unrealistic. Yet pension funds are loath to change them because that would require local governments to get more money from taxpayers to compensate for lower projected returns. Even at an 8% return, the average public fund will have about 55% more in liabilities than in assets 15 years from now, due to recent losses and challenges in raising contribution rates, according to PricewaterhouseCoopers.

So we are at the point where the average pension fund is severely underfunded even with an 8% rate of return assumption.  If pension funds wish to invest primarily in high quality bonds, they will need to trim this return assumption even further which would make the solvency of the typical pension system even more dismal than it already is.  New Jersey’s dysfunctional system is a good case study of what awaits public pension systems across the country.

It is very likely that the move to employ leverage is going to be “strike three” against the public pension plans.  While there is a great deal of debate regarding prospects for inflation going forward, Warren Buffett’s views on the subject seem to make the most sense.  Mr. Buffett believes that inflation is likely to pick up significantly in the future, even going as far as to discuss his concern over an “onslaught of inflation”.

If the bond market begins to price in the risk of higher inflation in the future, bond prices will decline significantly.  The leverage employed by pension funds will then have the opposite effect of what plan managers are hoping for and bond losses will be magnified.

Maintaining the illusion of higher than achievable returns will do nothing to improve the pension funding situation and could cause great harm in two ways.  First, leverage could magnify the losses experienced by the funds if inflation picks up in the coming years.  Second, politicians will be emboldened to ignore the pension problem or even make it worse if actuarial projections show a rosier picture than can be justified  by a sober attention to the facts and a prudent investment policy.

Roger Lowenstein has attempted to warn policymakers regarding this mistake in his book While America Aged which was reviewed here nearly a year ago.  Unfortunately, Mr. Lowenstein’s warnings seem to have fallen on deaf ears.