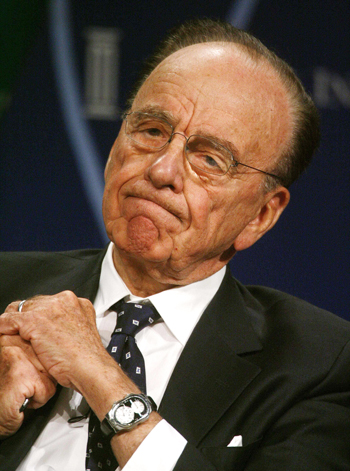 Rupert Murdoch has an enduring devotion to newspapers and is eager to extend his key franchises from print to emerging digital formats.  Mr. Murdoch has embraced Apple’s iPad tablet device for delivery of News Corporation’s Wall Street Journal and The Times of London.  However, long before the iPad emerged on the scene, The Wall Street Journal was one of the only newspapers that succeeded in operating a website with mostly paid content.  The Financial Times reports that News Corporation has sold 10,000 iPad subscriptions at $17.29 per month and 5,000 subscriptions to The Times of London for £9.99 per month.  The one sticking point for many Wall Street Journal subscribers?  Print can often be a cheaper alternative which rankles consumers who expect to share in the benefits of lower production and delivery costs.

While the official price for the print edition of The Wall Street Journal is listed as $363 per year on the company’s website, there are many offers available for discounted subscriptions.  For example, a website named Subscription-Offers.com is offering one year of print edition service for $119, which is 43 percent cheaper than the iPad subscription price on an annual basis.

The question is whether the iPad edition of The Wall Street Journal provides readers with a superior experience compared to the print edition.  If so, customers may be willing to pay a higher rate.  However, the more likely response is that customers will expect to share in the lower cost of physical production and distribution of the newspaper  and feel that a premium price makes little sense.  One indication is the reader reaction to The Wall Street Journal pricing on Amazon’s Kindle device which shows widespread dissatisfaction related to a recent price increase from $9.99 to $14.99 per month.

The iPad is an excellent device but widespread adoption will depend on the total cost of ownership both in terms of the device itself and the media that readers will consume over time.  As we have discussed before, the iPad has the potential to improve the economics of the newspaper business but much will depend on whether publishers gain momentum with mainstream users as the price of the device drops.  Affluent iPad customers who are willing to pay $500 to $800 for the device may not balk at paying a premium to consume media such as The Wall Street Journal, but mainstream customers will likely expect a discount from the print alternative.

Disclosure:  No position in companies mentioned in this article.