In a presentation today, Contango Oil & Gas CEO Kenneth Peak stated that the economics of oil and gas exploration in shallow Gulf of Mexico waters have improved significantly compared to 2008 conditions due to a dramatic decrease in dayrates for the jackup rigs used in shallow waters that has more than offset moderate increases in administrative and insurance costs.  Mr. Peak also spoke at length about the new permit process in place and Contango’s efforts to adapt to changing regulatory requirements.

In the wake of the Deepwater Horizon disaster last year, small firms such as Contango were facing the potential for ruinous insurance costs in the event of a significant increase to the $75 million liability cap specified under the Oil Pollution Act of 1990.  In early July when oil was still flowing from the Macondo well, Obama Administration officials indicated that lifting the liability cap would be a top priority.  White House energy advisor Carol Browner even specifically stated that smaller firms may need to exit the Gulf of Mexico entirely.

In his presentation, Mr. Peak stated that the new Congress is unlikely to change the $75 million cap.  As a result, Contango (and presumably other smaller firms) have been able to purchase insurance policies at rates not materially different from last year. The exhibit below is a slide from the presentation listing Contango’s insurance coverage in 2010 and 2011: 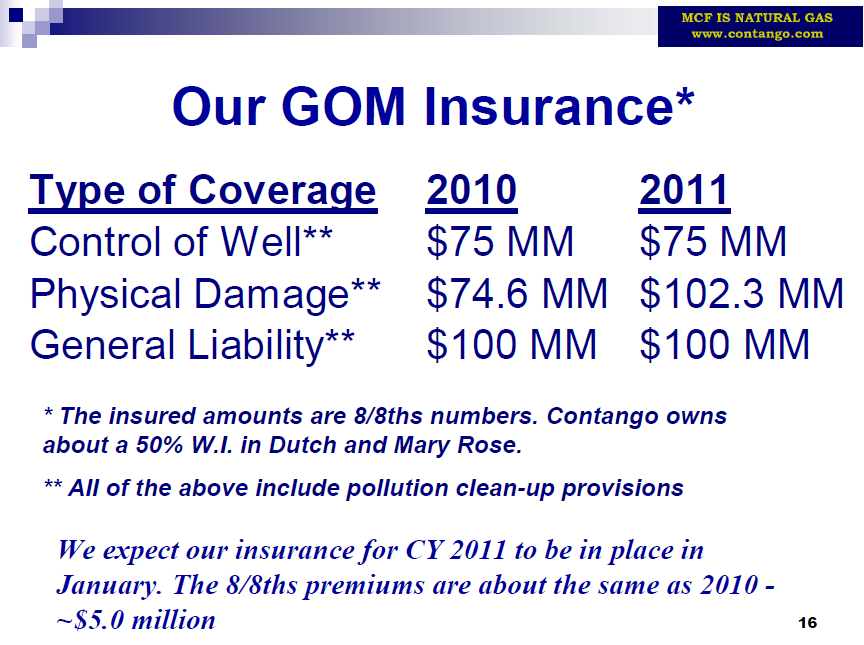 Mr. Peak also provided an update on the permit process that has nearly ground to a halt for both shallow and deepwater applications in the months since the Deepwater Horizon disaster.  Exploration firms are responsible for posting a bond equivalent to four times the “worst case discharge” estimate that could occur in the event of a spill.  Contango submitted applications using a methodology that turned out to be different than new estimates made by the BOEMRE.

Although Mr. Peak stated that he does not agree with the regulator’s higher estimate, he has revised the application and anticipates that future applications will not be held up for the same reason.  The following exhibit is a slide from the presentation outlining permit status for Contango’s prospects: 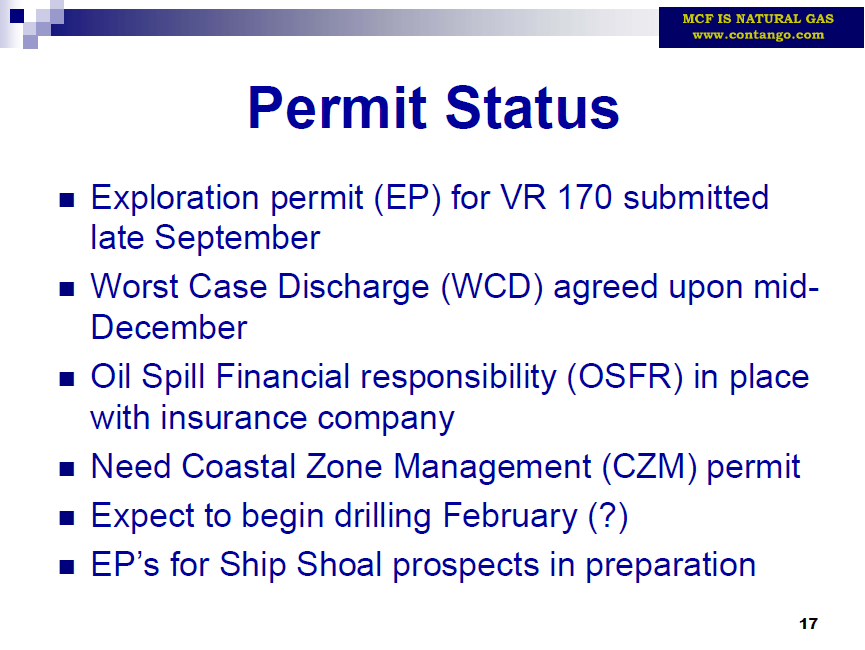 Mr. Peak spoke at length about the need for perspective when considering the safety profile of offshore drilling compared to other industrial activities in the United States.  Shallow water operators in particular have a solid track record and spills have been minimal.  While stressing that Contango takes workplace safety very seriously, Mr. Peak also noted that the industry accounts for a very small percentage of overall workplace fatalities.  The exhibit  below  is a slide from the presentation with some revealing facts regarding the safety profile of offshore exploration. 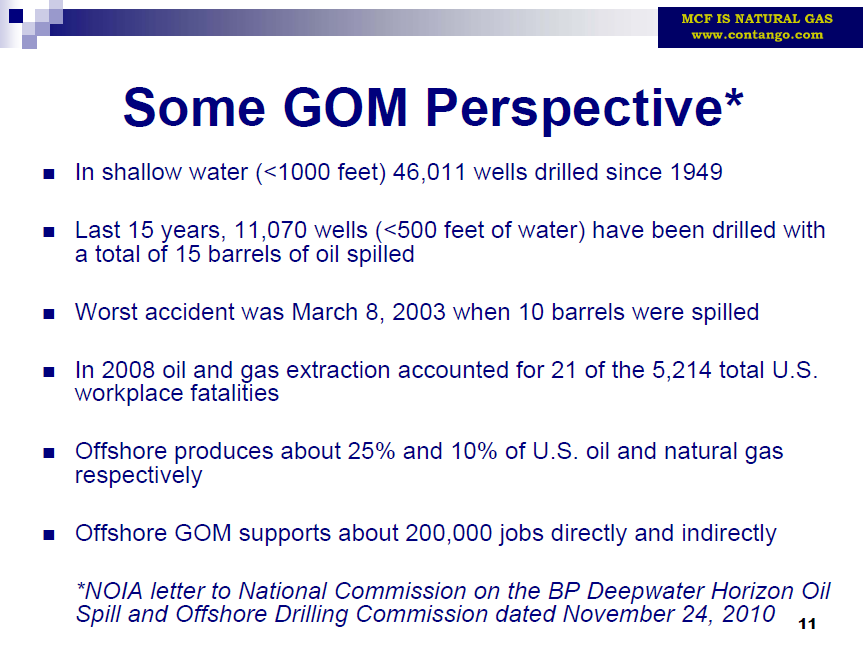 Readers are encouraged to listen to the presentation or download the slides (pdf).  Contango ORE, the recent gold and rare earth spin-off which we have discussed in the past, also published a slide deck (pdf) although this material was not covered during the presentation.

Disclosure:  The author of this article owns shares of Contango Oil & Gas and Contango ORE.