In the midst of a painfully weak economic recovery, companies are looking for every possible competitive edge.  For companies producing commodity products, the competitive battle boils down to efforts to build the lowest possible cost structure.  Companies with proven brands have more options when it comes to competing for scarce consumer dollars. 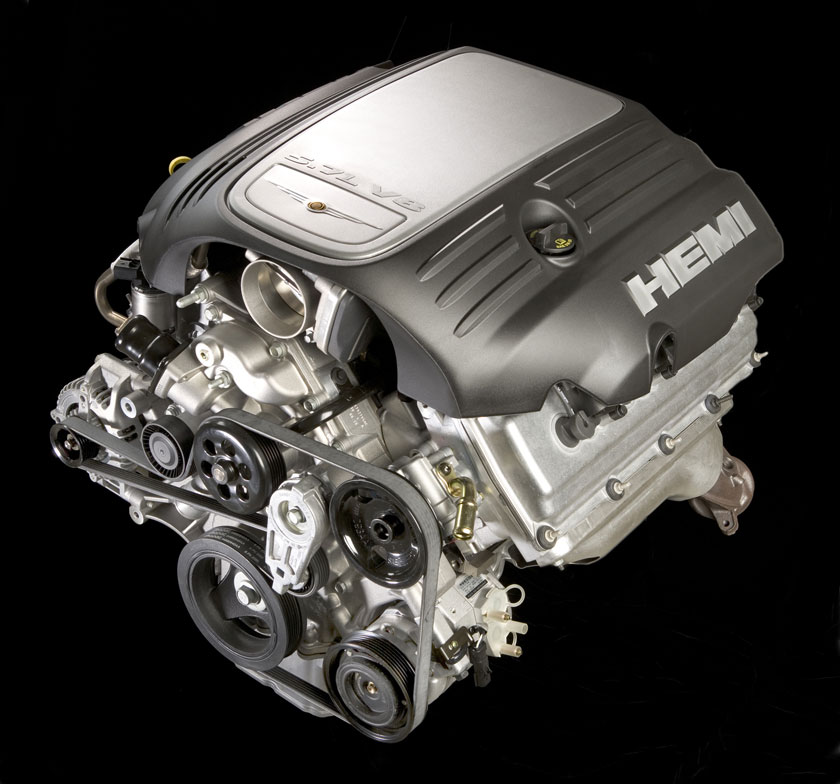 In the auto industry, consumers have far less loyalty toward American brands than they once did.  However, some key brands remain very powerful with consumers.  One such brand is Chrysler’s legendary Hemi engine, but the company has made an odd decision to marginalize this brand.  According to a Wall Street Journal article, Chrysler is seeking to establish a “greener” image and will promote the Hemi only in a small number of Dodge cars and Ram pickup trucks.  Certain large Chrysler cars will still have the Hemi engine, but it will be re-branded as a generic “5.7-liter V8”.

“That Thing Got a Hemi?”

Chrysler’s original Hemi engines were produced in the 1950s and 1960s  and the large block 426 Hemi was used in NASCAR stock car racing starting in 1964.  However, the engine was also used in ordinary passenger vehicles such as the Plymouth Belvedere as an option and was widely appreciated among those interested in drag racing.  Chrysler reintroduced the Hemi engine in 2002 as a much more modern and fuel efficient option compared to the engines of the 1960s.

The vast majority of automobiles do not have a “named” engine, and those that do often are niche products or heavy trucks.  Engines in ordinary passenger vehicles are usually referred to simply by size and displacement.  One notable exception was the Hemi engine over the past decade.  “That thing got a Hemi?” became a phrase repeated in commercials that actually caught on among consumers.  Chrysler was able to charge significant premiums for Hemi branded engines compared to what other manufacturers could expect simply by offering a generic larger displacement option.

Why Genericize a Proven Brand?

While Chrysler’s decision to focus on smaller vehicles and establish a “greener” image makes a great deal of sense, it is not clear why marginalizing a proven brand for large displacement engines will help in that effort.  It appears that Chrysler is lowering the profile of the Hemi even in vehicles where it is still branding the engine as a Hemi – such as in Ram pickups and cars such as Dodge Challenger.  What is particularly strange is the decision to simply genericize the engine and refer to it as a “5.7-liter V8” in the Chrysler 300 sedan.  If the engine is going to be offered as an option, why not harness the power of the brand?  After all, many consumers who may own a Dodge Ram truck may also be in the market for a sedan.  Many sedan owners may really wish that their lifestyle allowed for a Ram truck or a Dodge Challenger and the Hemi brand would resonate.

Invert: What Harm is Caused by Retaining Hemi Branding?

As Charlie Munger always recommends, we should “invert” the question and ask:  What harm would keeping the Hemi brand cause for Chrysler?  Would retaining the Hemi badge on the Chrysler 300 sedan somehow damage the company’s ability to offer other vehicles that promise better fuel economy?  Must the entire lineup of vehicles be “green” in order to earn the company a reputation for environmental awareness?

The record of other auto companies clearly indicates that a wide variety of vehicles can be offered without tarnishing a company’s environmental credibility.  The fact that Toyota sells fuel hungry trucks and SUVs such as the Sequoia does not diminish the environmentalist’s desire to own a Prius.  Chevrolet is not shy about offering heavy trucks with the Duramax branded engine due to fears over the reaction of consumers who might purchase  a Volt.  Ford just released the most powerful production Ford Mustang ever without fretting about the perceived impact on potential buyers of the soon to be released Fiesta.

Chrysler’s move to marginalize the Hemi brand seems to be driven by a desire to cosmetically “improve” the company’s environmental credibility while management should instead focus on actually building and branding new environmentally targeted vehicles in addition to retaining the brand equity they already have in proven performers like the Hemi.