In an extensive interview with the BBC, Bill Gates provides some insight regarding his relationship with Warren Buffett.  Among other details, we learn more about Mr. Buffett’s computer skills, management style, and views on philanthropy.  Mr. Gates also commits to staying on the Berkshire Hathaway board “as long as I’m around if I’m wanted.”

This is part of a series of interviews conducted by the BBC which appears to be intended to introduce Warren Buffett to viewers in the United Kingdom where he is less well known than in the United States.

Here is a brief introduction from the BBC website:

Bill Gates says Warren Buffett is his best friend. The two share a fascination with business – and playing bridge. They also happen to be two of the richest people in the world.

Buffett does not share Gates’ fascination with computers, but learnt to use one just to be able to play bridge online. According to Gates, Buffett is now quite adept at web-browsing.

Three years ago, Buffett announced he was giving the bulk of his fortune – currently estimated at $40 billion – to charity, with most of it going to the Bill and Melinda Gates Foundation.

To view the video, click on the image below. 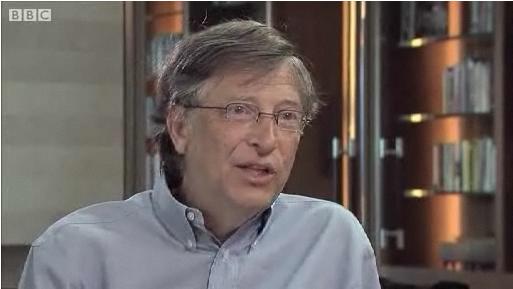 For RSS Feed subscribers, click on this link for the video.