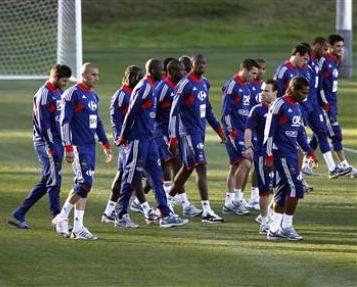 France was eliminated from the World Cup yesterday after losing to South Africa.  This was welcome news in Omaha given Berkshire Hathaway’s $30 million exposure to a French victory in the World Cup.  Warren Buffett discussed the unusual bet in an interview with CNBC on March 1.  Ajit Jain, who specializes in writing insurance for unusual risks, was credited with underwriting the policy.   The purchaser of the policy was not disclosed.

It is not likely that Ajit Jain woke up one morning and decided to try his luck with a bet on the World Cup.  Berkshire often writes unusual policies for companies that have specific exposure to a certain outcome and wish to create a hedge against the risk.  Business Week speculates that Carrefour, a European retailer, may have purchased the policy due to a promotion in which customers who have purchased flat screen televisions would receive a refund if France had won the World Cup tournament.  Other firms may have had similar exposure.

This particular story is being reported mostly as an interesting novelty, but the concept of taking on large risks based on an intelligent weighting of the risk/reward environment is a hallmark of Berkshire’s competitive advantage.  Inevitably, some large losses will result from this type of strategy but over time, positive underwriting results have been achieved.  The catch is that significant volatility may exist in any given reporting period.

Most managers dread the idea of earnings volatility and will do anything to deliver smooth results to Wall Street quarter after quarter.  Berkshire’s refusal to provide any assurances regarding short term results makes it possible to write unusual risks that, in aggregate, promise high expected returns in exchange for extreme periodic volatility.