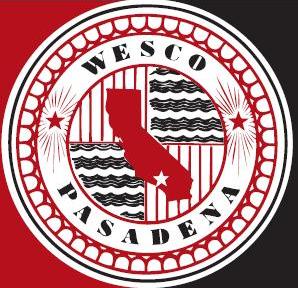 Wesco Financial Corporation reported improved results (pdf) for the second quarter of 2010 with net income rising to $31.3 million compared with $12.9 million for the second quarter of 2009.  The improved performance is primarily attributed to the stronger underwriting results of Wesco’s insurance business along with the impact of cost cutting measures at the company’s CORT furniture rental unit.  While CORT posted net income of $6.7 million for the quarter compared to $1.5 million for the second quarter of 2009, sales were slightly lower although management states that “core rental revenues” have shown recent improvements.  The Precision Steel subsidiary posted a 43 percent improvement in sales which generated a $183,000 net profit for the quarter compared to a $285,000 loss a year earlier.  Wesco Financial is a publicly traded 80 percent owned subsidiary of Berkshire Hathaway (click here for a summary of Berkshire’s Q2 results.)

Wesco’s insurance segment includes Wesco-Financial Insurance Company and Kansas Bankers Surety Company.  For the reinsurance business, written premiums for the second quarter increased 3 percent to $69.2 million compared to the second quarter of 2009 while first half written premiums fell 12.6 percent to $168 million compared to the first half of 2009.

The reinsurance business is mostly represented by participation in the reinsurance transaction between Berkshire Hathaway and Swiss Re.  In 2008, Wesco entered into an agreement with National Indemnity (NICO), another Berkshire Hathaway subsidiary, to assume a ten percent share of NICO’s 20 percent quota share reinsurance of Swiss Re property casualty risks incepting over the five year period ending December 31, 2012.  Written reinsurance premiums for the second quarter included $60.6 million related to the Swiss Re contract and $152.9 million for the first half of the year.  Wesco reports that Swiss Re management is curtailing business when they deem pricing to be inadequate, a likely response to a soft insurance market.

Written primary insurance was roughly flat for the second quarter and first half of the year compared to the same periods in 2009 while earned premiums declined 17 percent for the second quarter and 25.4 percent for the first six months due to Kansas Bankers ongoing wind down of the deposit guarantee bond line of insurance. We first wrote about Wesco Chairman and CEO Charlie Munger’s decision to exit the deposit guarantee bond business in early 2009 and the process is nearly complete.

We should note that Wesco is carrying $250.5 million of goodwill attributed to the CORT business as of June 30, 2010.  This accounts for the majority of Wesco’s recorded goodwill and represents approximately $35 per share of book value.  Management continues to believe that the goodwill attributed to CORT is not impaired;  however, until revenues show a more sustained recovery, it may be prudent for conservative investors to exclude at least a portion of this goodwill when considering Wesco’s intrinsic value.

Management notes that sales, in terms of pounds sold, have posted healthy increases over the past few quarters.  However, volumes are still significantly lower than the levels posted in the first half of 2008 prior to the onset of the Great Recession.  Management warns that they do not know whether the recent sales improvement is due to sustainable growth in industrial activity or inventory restocking.

Book value per share was $352.66 on June 30, 2010 compared to $358.26 on December 31, 2009 and $370.20 on March 31, 2010.  The decline in book value is due to lower quotations on Wesco’s common stock investments.  As of June 30, Wesco’s largest holdings included Procter & Gamble, Coca Cola, Wells Fargo, Kraft Foods, and US Bancorp.  Since June 30, these securities  have appreciated in value so Wesco’s book value per share today is most likely higher than $352.66.  Wesco shares closed at $341 today representing a modest discount to the company’s book value.  As noted previously, roughly $35 per share of Wesco’s book value can be attributed to CORT’s goodwill which could account for the market’s current reluctance to bid up the stock to book value.

Charlie Munger recently commented on the conditions that would be required for Berkshire Hathaway to acquire the remaining 20 percent of Wesco that it does not already own.  Although it is impossible to know for certain what conditions would be required, a sustained discount to book value may eventually prompt Berkshire to make a move.

Disclosure:  The author of this article does not own shares of Wesco Financial directly but owns shares of Berkshire Hathaway, Wesco’s parent company.