It is said that those who fail to study history are doomed to repeat it.  The benefits of a careful study of general history is self evident and the same applies to investors who wish to learn from past events as well as the mistakes of others.  There is no reason to learn painful lessons firsthand when we can learn vicariously through our predecessors.  At the same time, it is important to guard against the tendency to judge those making decisions in the past solely based on events that occur subsequently.  However, it is reasonable to expect that an individual making a decision in the past should have acted logically based on knowledge available at the time. 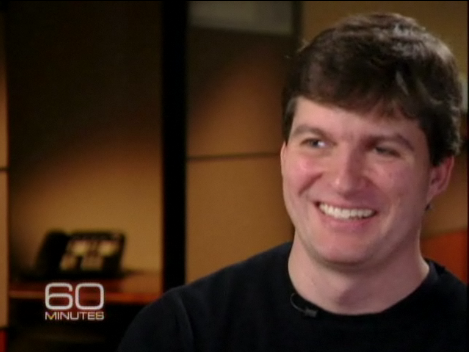 With this in mind, it is interesting to review Michael Burry’s letter to his investors written in November 2006.  ‘A Primer on Scion Capital’s Subprime Mortgage Short’ is Dr. Burry’s attempt to explain his decision to take a bearish position in credit default swap contracts.  Based on accounts in The Big Short, which we reviewed last week, Dr. Burry’s investors were highly skeptical of his short position and many were threatening to withdraw funds.

Viewed from our perspective in May 2010, Dr. Burry’s investment thesis was obviously correct and the letter makes perfect logical sense.  We have the benefit of hindsight and are fully aware of the wreckage in the mortgage market that took place after mid 2007.  However, the real question is whether the argument was persuasive from the vantage point of late 2006.  It certainly appears persuasive even if one does not base that judgment on what we know today.  Dr. Burry clearly outlines the structure of the securitizations in question, documents the very thin nature of the lower tranches, and shows how a modest level of default could easily hit the higher “investment grade” tranches.

The following excerpt is from the conclusion of Dr. Burry’s letter and nicely illustrates the risk/reward characteristics of the trade.  If the thesis was proven to be incorrect, the annual cost of carrying the position would amount to about six percent of fund assets each year.  The benefits of the thesis being proven correct was massively larger than the actual risk assumed:

The Funds currently carry credit default swaps on subprime mortgage-backed securities amounting to $1.687 billion in notional value. As I selected these, I was not looking to set up a diversified portfolio of shorts. Our shorts will have common characteristics that I deemed to be predictive of foreclosure, and therefore they should be highly correlated with each other in terms of both the timing and the degree of ultimate performance. Again, ultimate performance matters much more than the valuation marks accorded us by our counterparties in the interim. In the worst case, I expect our mortgage short will fully amortize to nil value over the next three years, corresponding to an average annual cost of carry over that time of roughly six percent of current assets under management. Calibrating the more positive outcomes will become easier as 2007 progresses.

It is always risky to retroactively pass judgment on decisions that were made in the past with imperfect information.  It is true that the consensus viewpoint at the time was that nationwide home prices “never” decline, and if this is accepted at face value, the annual six percent cost of carry could seem like a simple speculation.  Dr. Burry’s investors included sophisticated and well respected value investors who today would probably concede that his short thesis was accurate but disagreed strongly at the time. Alan Greenspan still thinks that those who predicted the housing bubble were merely lucky “statistical illusions”.

What is your opinion?  Vote in the poll below.