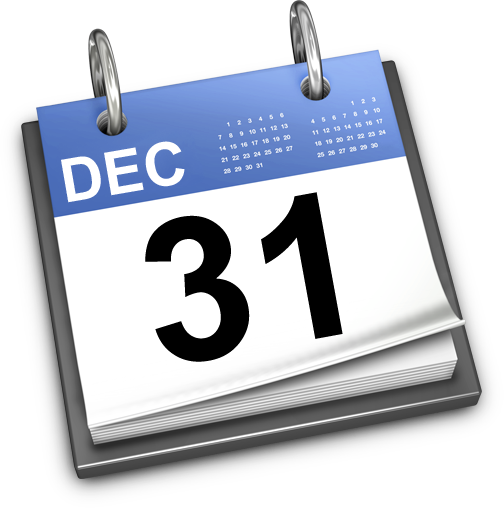 As we approach the end of the year, many professional investors are focusing their attention on performance metrics that will determine part of their annual compensation.  Hedge funds have typically aimed to operate on a “two and twenty” fee structure where clients are charged a base fee of 2 percent of assets plus a performance fee of 20 percent of returns over a predetermined benchmark.  This fee structure has been under pressure for some time but nearly all hedge funds still operate with some element of a performance fee.  This is meant to align incentives and, at least in part, reduce the principal-agent problem.

In theory, an individual investor has no principal-agent problem at all and should not really require any kind of incentive structure to maximize performance.  Most individuals are best served by adopting Benjamin Graham’s concept of a defensive investor where outperforming the market is not the main priority.  With fees on passive strategies at rock bottom levels, defensive investors will typically want to index their funds and guarantee a result close to a chosen market average.  Enterprising investors, on the other hand, seek to outperform the market and must regard themselves as professionals.  The idea that running outside money is required to treat investing as a profession is common but misguided.  The individual who attempts to be enterprising but does not treat the endeavor seriously or have a distinct advantage of some sort is very likely to achieve a result inferior to a passive strategy, as Benjamin Graham noted in The Intelligent Investor:

“Our enterprising security buyer, of course, will desire and expect to attain better overall results than his defensive or passive companion.  But first he must make sure that his results will not be worse.  It is no difficult trick to bring a great deal of energy, study, and native ability into Wall Street and to end up with losses instead of profits.  These virtues, if channeled in the wrong directions, become indistinguishable from handicaps.  Thus it is most essential that the enterprising investor start with a clear conception as to which courses of action offer reasonable chances of success and which do not.”

The entire concept of a “performance incentive system” for an investor managing only his own account might seem absurd but human psychology would lead us to believe that this is not necessarily the case.  It takes a great deal of work and sustained effort for an individual to manage a portfolio professionally, and having goals and internal recognition can help focus the mind.

We also have the case where an individual investor is managing his own account and relying on portfolio returns to sustain his livelihood.  Such an investor could direct his funds into a passive strategy and simply withdraw a small percentage of funds annually and devote no time whatsoever to investing.  By actively managing the account, the investor is implicitly hoping to increase the funds available for withdrawal over the long run.  In the past, many experts have suggested that a 4 percent annual withdrawal rate is “safe” — meaning that inflation adjusted withdrawals can be sustained at that level indefinitely without depleting the portfolio’s long term inflated adjusted value.  At a time of near zero interest rates, it might be more prudent to view a 2 or 3 percent withdrawal rate to be more “safe”.

Let us assume that the individual investor has a choice between deploying his funds in a passive strategy and taking an annual 3 percent withdrawal or seeking to improve this withdrawal rate by actively managing the funds.  How should this investor set up an “incentive system” that will safely allow for increased withdrawals based on performance? We would suggest a simple system that takes into account the following key metrics:

How would this work in practice?  If we accept the idea that three years is sufficient to measure long term performance, results would be measured on a three year rolling basis.  For example, at the end of 2016, we would look back at results from 2014 to 2016  for both the portfolio and the relevant passive strategy.  At the end of 2017, we would look at results from 2015 to 2017, and so on.

Keeping in mind that our goal is to determine how much the investor may withdraw from the portfolio above the “safe” 3 percent level, we need to develop performance factors appropriate to each of the measures.  These performance factors will be combined to determine our adjusted withdrawal rate.  The figures used below are simply examples and can be adjusted based on the investor’s judgment.  The important thing is to decide on measures that make sense in advance and then to stick with the system unless there are very compelling reasons to make a change.

The absolute level of the three year rolling annualized portfolio return should play a major role in our system.  Even if the portfolio outperforms the passive strategy, if returns are below a certain level we probably would not want to increase our withdrawal rate beyond the 3 percent baseline.  In the example below, a three year annualized return under 10 percent would automatically result in no incentive being awarded regardless of whether the portfolio has beaten the passive strategy.  For returns above 10 percent, an increasing potential payout factor is specified:

As we can see, the payout percentage rises as performance increases above the 10 percent minimum and tops out at 1 percent if the three year annualized return exceeds 20 percent.  However, in order to actually pay out the incentive, the portfolio must also have outperformed the passive strategy, as we explain below.

The table indicates that any underperformance will result in no payout at all, regardless of absolute performance.  As an example, if the portfolio returned 15 percent annualized on a three year rolling basis, that would indicate an additional incentive payout of 0.5 percent based on Performance Factor #1.  However, if the passive strategy provided a return greater than 15 percent annualized, there would be no additional payout because the payout multiple would be zero.  On the other hand, if the portfolio outperformed the passive strategy by over 4 percent, the payout multiple would be 3 and the incentive payout would be 1.5 percent (0.5% x 3).

The matrix below illustrates how the two performance factors would interact at various levels of absolute and relative performance:

Taking the extreme example of achieving annualized returns of over 20 percent and beating the passive strategy by 4 percent, we would take an additional incentive payout of 3 percent.  This scenario would imply that it is safe to withdraw 6 percent from the portfolio rather than the 3 percent baseline level.  Lesser degrees of absolute and relative performance result in much smaller additional payouts with an obvious bias toward conservatism.

One might argue that if a portfolio is generating annualized returns of 15 percent or more, one may be justified in a safe withdrawal rate far in excess of 3 percent.  While this is most likely correct, part of our system is designed to ensure that we are rewarding ourselves only when actually creating value versus a passive strategy.  This is why outperforming the passive strategy is a firm requirement to receive any additional payout in excess of 3 percent.

Obviously, if the portfolio is chronically underperforming the passive strategy over long periods of time, that is a clear indication that the investor would be well served to switch to a passive approach and direct his or her time and energy elsewhere.  The standard in the example shown above is deliberately stringent and meant to encourage introspection and intellectual honesty.  For the vast majority of individual investors, a passive approach is going to make more sense than active management.  Even for investors who have demonstrable skills as enterprising investors, the additional payout resulting from outperforming the passive strategy is deliberately modest in percentage terms.  For modest portfolios, the effort of active management is unlikely to be worth the investor’s time unless he or she also enjoys the process and gets utility from analyzing investments and implementing strategies.