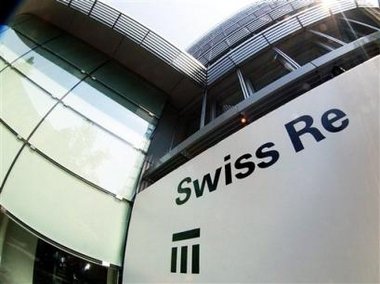 In a surprising development, Swiss Re has reached an agreement with Berkshire Hathaway to repurchase the CHF 3 billion convertible preferred security which represented a large injection of cash into Swiss Re at a time when the company was at risk of a ratings downgrade.  We discussed the terms of the investment shortly after the deal was finalized in March 2009.

The Swiss Re convertible preferred security carried a stiff interest rate of 12 percent and one can see why Swiss Re management was eager to eliminate this financing now that the company’s financial condition is on more solid ground.  It is less obvious why Berkshire Hathaway would agree to an early repayment while waiving the additional 20 percent premium that the deal called for in the event of repayment prior to March 2011.

At this point, no statement from Berkshire has surfaced regarding the transaction, but we can potentially see a reason for Berkshire agreeing to ease the terms of repayment.  It is possible that Warren Buffett has a better use for the funds which would justify giving up the 12 percent interest accruing on the security.  It is not likely that these funds are simply going to be redeployed into publicly traded securities since few if any would offer more attractive returns, but perhaps a major acquisition is on the horizon that could absorb the funds.

Berkshire will receive 120 percent of face value for the investment which amounts to an additional CHF 600 million.  It is also important to note that the Swiss Franc has appreciated substantially against the U.S. dollar since March 2009.  On the date of the transaction, March 23, 2009, one Swiss Franc was worth US 88.6 cents.  Today, one Swiss Franc is worth $1.035.  This 16.9 percent appreciation in the Swiss Franc will further increase Berkshire’s return on the investment when converted back to U.S. dollars.  The impact of the repayment will positively impact Berkshire’s Q4 2010 results, although we can safely eliminate the timing of the gain as a factor influencing Mr. Buffett’s decision to ease the repayment terms.

Based on Swiss Re’s investor presentation, the terms of the deal are even more favorable to Berkshire than the early news reports indicated.  Swiss Re will pay Berkshire interest on the security for Q4 2010 and Q1 2011 in addition to the 20 percent premium.  This renders the speculation above regarding Mr. Buffett’s motivation for accepting early payment irrelevant.  Obviously, Berkshire was happy to accept a full pre-payment of interest through Q1 2011 in addition to the 20 percent premium.