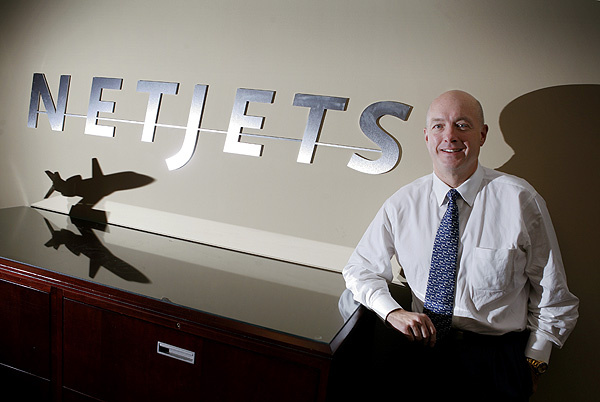 Alice Schroeder has posted a letter that NetJets Chairman and CEO David Sokol sent to company employees yesterday in which he indicates that actions will be taken if “rumor mongering, deceit, and other forms of unethical behavior” persist in damaging the NetJets brand and business model.  Ms. Schroeder is the author of Snowball, a widely acclaimed biography on Warren Buffett and has written on NetJets on her website in the past.  Several posts (such as this post on the recent Fortune story on David Sokol) have resulted in a lively debate in which many NetJets insiders, usually writing anonymously, have commented on recent events at the company.

Readers are encouraged to review Mr. Sokol’s letter in full and to consider Ms. Schroeder’s comments carefully given her knowledge of the business and apparent access to insiders.  The wisdom of sending such an email to NetJets staff is open to debate and involves many important judgment calls regarding what type of communication is likely to work well based on a company’s internal culture.  No one who has held management positions doubts that it is difficult to strike the right balance in written communications intended for a broad audience.  There is little doubt that Mr. Sokol’s letter could inflame the situation further, but at the same time, the substance of his comments are defensible.

In particular, Mr. Sokol notes that Berkshire Hathaway is entitled to a fair return on its investment and points out that cumulative losses have been posted since Berkshire’s acquisition of NetJets more than twelve years ago.  The behavior of disgruntled employees noted by Mr. Sokol is inexcusable and can only be designed to harm the brand.  The main “threat” made by Mr. Sokol is the following paragraph appearing toward the end of the letter:

I have had the great pleasure to meet a very large number of you during my time here. At each meeting I take the opportunity to ask you how things are going and to determine where we can improve. I have been extremely pleased with all of the positive responses I have received and have been working hard to implement many of your suggestions. I look forward to a bright future for NetJets, and for this reason it is my hope that we can rise above the kind of behavior I describe in this letter and put it behind us. It is up to each of us. We have set the stage for future growth and expansion, and we are positioned to grow. If we are unable to do so because of continued conflict and negative campaigns, we will unfortunately be forced to redirect our plans.

Essentially, Mr. Sokol is simply saying that if the behavior of current and former NetJets employees results in permanent impairment of the brand and derails the company’s plans for growth and expansion, management will be forced to “redirect” those plans. Long suffering Berkshire Hathaway shareholders facing more years of prospective losses at NetJets would demand nothing less.

Make no mistake:  It is Mr. Sokol’s job to prevent this outcome from taking place and there is no reason to believe he has given up in his attempts to execute on the plans previously put in place. However, at the end of the day, widespread subversion of these plans, regardless of the motivations of those involved, may make it necessary to consider other options for the business.  Warren Buffett is known as a patient capital allocator but twelve years is a very long time and his patience is not limitless.  It is inconceivable that Mr. Sokol’s actions at NetJets are being taken without Mr. Buffett’s explicit knowledge and approval given the seriousness of the situation and the history of losses at NetJets in the past.

For more information regarding David Sokol and NetJets, please read our recent coverage of the controversy surrounding the Fortune article and recent signs of a financial turnaround at NetJets.