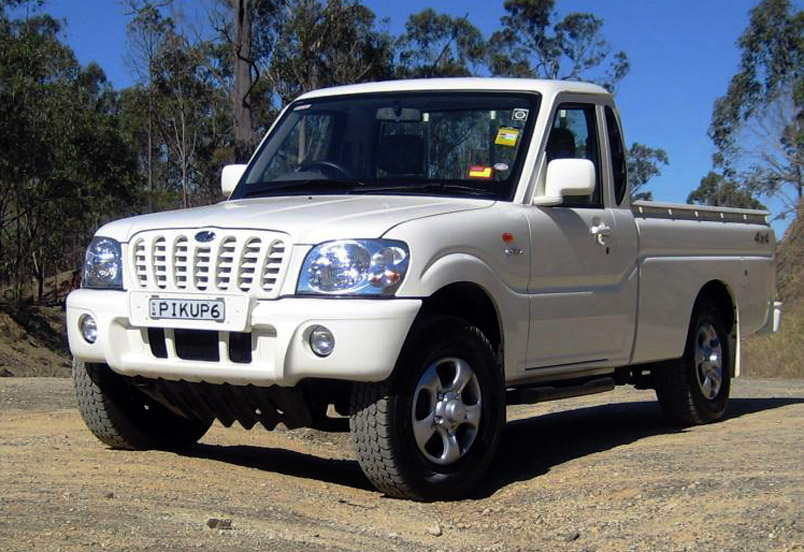 Breaking into the highly competitive American automobile market is never an easy task, particularly for a brand that is entirely unknown to most consumers.  Despite the challenges, Indian carmaker Mahindra & Mahindra has been planning to introduce a small diesel pickup in the United States by the end of the year.  According to The Wall Street Journal, these plans have run into trouble due to a lawsuit filed by Mahindra’s distributors.  Global Vehicles USA, the group responsible for distribution of the vehicles through a network of 300 dealers, alleges that Mahindra has failed to obtain the required government approvals for the new truck.

Diesel trucks offer superior fuel economy when compared to gasoline models.  Americans in the market for heavy duty trucks have been able to purchase diesel engines as an option but smaller trucks are usually offered only with gas engines.  Mahindra claims that the compact truck will offer 30 miles per gallon on the highway.  Although the truck is small, it is advertised to offer a payload of over 2,600 pounds and can tow 5,000 pounds.

While much of the excitement regarding new vehicle technology focuses on electric vehicles such as the Chevrolet Volt, technology such as clean diesel has the potential to greatly reduce fuel consumption when applied to cars and light trucks.  Diesel vehicles are already in widespread use within Europe but have failed to penetrate the U.S. market.  Other attempts are underway to improve the fuel economy of internal combustion engines.

Assuming that Mahindra resolves its problems with the distributor network, the company will still face many obstacles when it comes to gaining the trust of customers.  Building a brand in the highly competitive auto market will take time and buyers may balk at the prospect of purchasing a truck from an unknown automaker particularly if the vehicle uses engine technology that is not already widely accepted.  The same branding issue is one that BYD will have to address when it introduces the e6 all-electric vehicle (click on this link for our prior coverage of BYD).