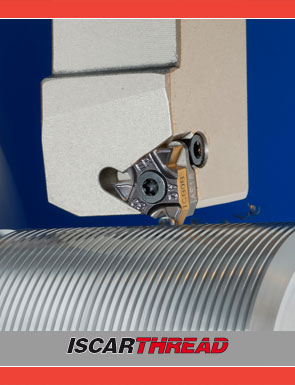 Berkshire Hathaway’s purchase of an 80 percent stake in Iscar Metalworking for $4 billion in 2006 represented Warren Buffett’s first purchase of a foreign subsidiary.  With exposure to the depressed industrial sector of the global economy, Iscar’s sales suffered during the recession but a recent Business Week article reports that sales are approaching pre-recession levels.  Iscar is based in Israel and also has manufacturing facilities in China.  The company is led by Chairman Eitan Wertheimer, the son of the company’s founder.  The Wertheimer family has retained a 20 percent ownership interest in Iscar.  Please click on this link for an interview with Mr. Wertheimer from mid-2009.

Regardless of how well an industrial company is run, there was no escaping the impact of the global recession over the past two years.  While Iscar’s results are not reported separately in Berkshire Hathaway’s annual report, Warren Buffett had the following comments regarding Iscar’s performance in his 2009 letter to shareholders:

Nothing stops Israel-based Iscar – not wars, recessions or competitors. The world’s two other leading suppliers of small cutting tools both had very difficult years, each operating at a loss throughout much of the year. Though Iscar’s results were down significantly from 2008, the company regularly reported profits, even while it was integrating and rationalizing Tungaloy, the large Japanese acquisition that we told you about last year. When manufacturing rebounds, Iscar will set new records. Its incredible managerial team of Eitan Wertheimer, Jacob Harpaz and Danny Goldman will see to that.

According to the Business Week article, Mr. Wertheimer managed to avoid any layoffs during the recession by shifting to a four-day workweek for part of last year.  Although sales were down in 2008, the company managed to remain profitable.

Mr. Wertheimer has been looking for acquisitions and has ambitions to overtake Sandvik AB which leads second place Iscar as the world’s biggest maker of metal cutting tools.  However, a combination of the correct fit and an appropriate price must be found:

“We are dying to buy, but there is very little variety around, and it has to be the right price,” Wertheimer said at his office in Herzliya, just north of Tel Aviv. An acquisition’s match with the company is important because “I don’t want to be big and stupid. I enjoy a lot to be the number two and be the smart guy. I want to be the Einstein of the field.” 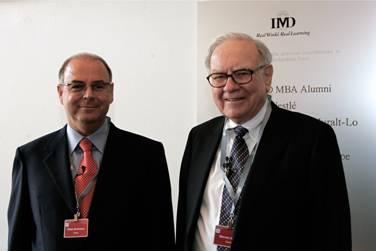 While Warren Buffett is known to delegate operational responsibility for Berkshire’s subsidiaries to managers, he has a role in approving all major capital expenditures.  We can be sure that all of the acquisitions that Iscar may be planning are being made with Mr. Buffett’s approval since they represent significant amounts of cash that could otherwise be reallocated to other uses within Berkshire.

Mr. Wertheimer has referred to himself as Warren Buffett’s “travel agent” because he has already arranged two foreign trips for Mr. Buffett who is known to be searching for more foreign acquisitions.  A third foreign trip is planned for later this year when Mr. Buffett and Mr. Wertheimer will travel to Japan to visit Tungaloy, a large acquisition made by Iscar in 2008:

Wertheimer said he’s looking forward to “schmoozing” with Buffett about the planned visit to the revamped Tungaloy while attending Berkshire’s annual meeting on May 1 in Omaha, Nebraska. The Japanese trip would be the third that Wertheimer has helped arrange for Buffett, following a visits to China and South Korea in October 2007 and to Germany, Switzerland, Spain and Italy in May 2008.