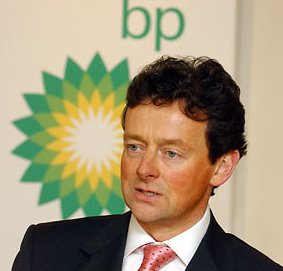 On Thursday, June 17, BP CEO Tony Hayward will testify before the House Committee on Energy and Commerce.  In preparation for the testimony, the Committee Chairmen sent Mr. Hayward a letter listing a series of alleged procedural lapses that could have contributed to the Deepwater Horizon disaster.  The letter is worth reviewing because it raises issues regarding the general safety of deepwater drilling and steps that should be taken prior to lifting the moratorium.

The letter contains a number of allegations regarding procedural shortcuts that BP took in order to either reduce direct costs or save time.  In fact, the distinction between time and money is a false one since BP was paying Transocean high dayrates for the Deepwater Horizon rig and the project was already behind schedule.  Keeping in mind the fact that BP has yet to respond to the allegations, here are the five main points in the letter:

These procedural issues, if accurate, paint a picture of a company that was taking shortcuts in an effort to contain costs and bring the well into production as quickly as possible given that the project was already late.  While BP should have an opportunity to respond, it is worth noting that extensive reporting in The Wall Street Journal in recent weeks corroborates important points in the letter. The evidence uncovered so far strongly suggests that human error led to the disaster rather than equipment failure.

In a complex engineering project, there are obviously many cases where good judgment must be used to select the best technique from a menu of possible choices.  Even in cases where a company is committed to following best practices, there are risks that incentive systems will be set up in a manner that results in shortcuts being taken.  The purpose of government regulation is to ensure that proper procedures are in place when failures have the potential of creating serious economic, safety, or environmental externalities.

In an endeavor as complicated as drilling for oil in over a mile of water, there are clearly numerous potential externalities that could occur and this is why the Minerals Management Service (MMS) has been empowered to approve permits for drilling work.  Based on the Congressional letter to Mr. Hayward and many other sources, it is obvious that MMS plays an active role even to the point of micromanaging the techniques to be used on a particular well.

To say that there were regulatory failures in this situation would be a major understatement.

At this point, we do not yet have a definitive answer regarding what led to the Deepwater Horizon disaster.  However, it is worth noting that the main evidence discussed up to this point question the decision making of individuals involved in the drilling.  In other words, human error played a major role in the disaster and it is likely that better safety procedures would have prevented the blow out.

Is it too simplistic to think that a major problem with Deepwater Horizon was a failure to properly use checklists?  Atul Gawande’s excellent book, The Checklist Manifesto, points out the problems that can be averted based on using simple checklists even in situations where a great deal of complexity exists.  Drilling a deepwater well is obviously a very complex endeavor and there are many judgment calls to be made.  Even if BP was motivated to cut corners to save time and money, MMS could have been more stringent regarding the use of a checklist of required safety procedures.

The moratorium on deepwater drilling was a reasonable step to take in the days and weeks immediately following the disaster.  At that point, the sequence of events leading to the blowout were not known and there was a great deal of confusion.  However, now that more facts are coming to light, regulators need to consider whether the moratorium can be lifted based on enforcement of a more stringent set of rules.

Was human judgment to blame or is drilling in 5,000 feet of water inherently unsafe regardless of the best technology and procedures?  Based on the good safety record of such drilling in general and indications that poor decision making was likely the root cause of the problem, the moratorium should be lifted once more stringent rules are put in place.

As with any human endeavor, there are inherent risks that exist even with the best safety procedures.  However, one must also consider the secondary effects of prohibiting drilling.  Reducing the production of domestic oil will result in greater  dependence on foreign sources of oil.  Drilling in foreign locations may have weaker environmental and safety regulations than in the United States.  More shipments of crude oil will be necessary and there are safety issues related to shipping as well. We must also consider the impact of an extended or permanent moratorium on the Gulf Coast economy which is already reeling from fishing and tourism losses.

As with much else involving energy policy, the risk/reward trade off with deepwater drilling presents us with a menu of less than appealing choices but it remains critically important to strike the appropriate balance.

Disclosure:  No position in BP.  The author holds investments in companies engaged in oil and gas exploration.