According to recent reports, the massive volcanic eruption in Iceland is intensifying and showing no signs of abating after forty hours of activity.  The ash plume is now 3.7 miles high and has caused major disruptions for air travel in Europe.  In addition, because the volcano is under a large glacier, widespread flooding is impacting nearby areas.

P&C National Underwriter magazine reports that the eruption could trigger business interruption and catastrophe claims particularly if air transport networks continue to be disrupted for long periods of time.  At this time, airports in the United Kingdom, including all of the London area airports, remain closed to air traffic.

The last eruption from this particular volcano lasted more than twelve months.  In addition, another volcano is nearby and there is a risk of activity spreading further. The article does not attempt to estimate potential insured losses probably due to uncertainty regarding duration and severity of the event.

The pictures of the eruption are dramatic as the photo shown below illustrates: 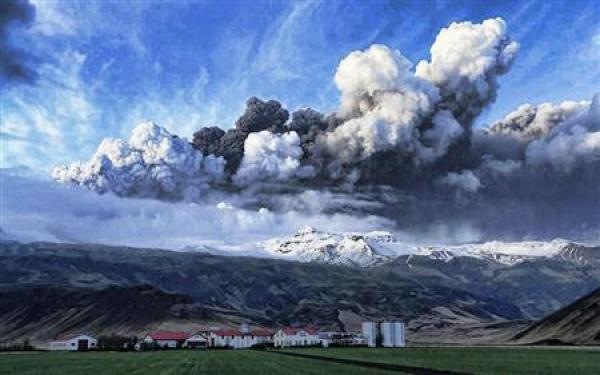 For a slide show of more images, please click on this link.