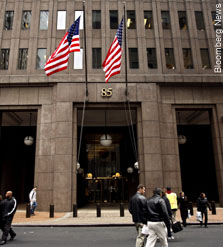 Goldman Sachs has served as a political piñata for so long that many observers may be tempted into believing that Friday’s fraud charges brought by the Securities and Exchange Commission should be viewed as just another part of the political process.  This would be a grave mistake.  While much of the rhetoric regarding the company remains overheated, the complaint brings forward several charges that point to serious ethical breaches.  Goldman Sachs relies on its reputation for client service to justify much of its economic goodwill.  Billions of dollars of goodwill could evaporate if the situation is not skillfully handled.

There are many media reports available that provide detail and analysis regarding the charges including The Wall Street Journal’s coverage today.  The SEC complaint itself makes for some fascinating reading for a document put together by lawyers. Here is a brief summary of the key points covered in the complaint:

A review of the SEC complaint shows that there are many direct quotes taken from email conversations that heavily implicate Mr. Tourre and cast serious doubt on the ethics behind the overall process.  In addition, the complaint states that unnamed senior level managers at Goldman Sachs approved of the structure of Abacus.  The complaint does not charge the Paulson hedge fund or John Paulson with any wrongdoing.

Many commentators and politicians seem to believe that the mere involvement of Goldman Sachs in structuring such instruments was inherently wrong or that taking positions opposite to its customers automatically signaled ethical breaches.  This makes little sense given that it is the business of firms like Goldman to facilitate financial transactions between players that can hardly be considered naive or unsophisticated.

The broader questions being considered in financial regulatory reform, particularly related to the “too big to fail” problem, legitimately consider issues such as the aggregate exposure of institutions like Goldman and the prospect of systemic risk caused by a firm’s collapse.  However, this is a different debate.

The question in this case is whether Goldman Sachs intentionally deceived its clients regarding the true nature of the CDO it created and marketed.  It seems quite clear that allowing clients to believe that collateral was selected in some independent manner by an unbiased third party would be highly deceptive.  Clearly Mr. Tourre knew the reality of market conditions and understood Paulson’s intentions when it came to collateral selection and the adverse impact withholding such information from ACA and investors would have:

“More and more leverage in the system, The whole building is about to collapse anytime now…Only potential survivor, the fabulous Fab[rice Tourre]…standing in the middle of all these complex, highly leveraged, exotic trades he created without necessarily understanding all of the implications of those monstruosities!!!” – SEC Complaint page 7

So far, Goldman Sachs has only released a brief press release denying the charges.  However, regardless of the legal rights the firm may have and the ultimate defense lawyers come up with, it seems clear from the direct quotes in the SEC complaint that Mr. Tourre acted in a manner that would be very regrettable to anyone concerned with ethical practices in business.  Mr. Tourre’s statements clearly bring shame to Goldman Sachs.

When Warren Buffett had to step in to rescue Salomon Brothers from imminent ruin during the treasury bond scandal in the early 1990s, he said the following in a meeting with company employees:

Much has been made of the $1 billion loss in market value on Berkshire’s holdings of Goldman Sachs warrants based on Friday’s fall in Goldman’s stock price.  However, the real question is whether the intrinsic value of Goldman Sachs has been impaired by this scandal.  To the extent that a large portion of the value of Goldman Sachs is based on economic goodwill generated by a reputation for client service, an impairment in intrinsic value is indeed a possibility.  The firm can mitigate the impact by quickly coming forward to admit any wrongdoing and terminating the employment of the individuals responsible.