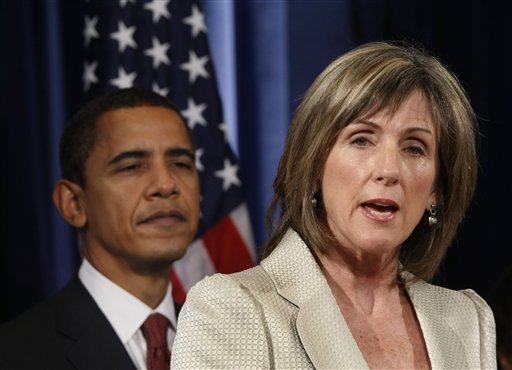 Over the past several weeks, there has been a great deal of speculation regarding the goal of politicians who advocate removal of the $75 million liability cap for offshore oil spills.  Based on a Wall Street Journal interview with Carol Browner, the White House’s top energy advisor, there is no need for further speculation:  The Administration seeks to push small explorers out of the Gulf of Mexico.

The following quote is a brief excerpt of Ms. Browner’s comments:

“Maybe this is a sector where you really need large companies who can bring to bear the expertise and who have the wherewithal to cover the expense if something goes wrong,” Carol Browner, special adviser to U.S. President Barack Obama on energy and climate change, said in “The Big Interview,” a WSJ.com video interview. Eliminating a $75 million cap on liability for oil spills “will mean that you only have large companies in this sector.”

Small Firms Will Not Take the Risk

Despite the fact that the current disaster was caused by one of the largest oil firms in the world, the White House apparently believes that a good public policy goal would be to further consolidate the oil exploration industry in the Gulf of Mexico.  The strong safety record of smaller firms does not seem to enter into the picture.  If the Administration succeeds in lifting the $75 million liability cap entirely, or if the cap remains but is lifted to the point where insurance cannot be obtained at reasonable cost, the only companies left in the Gulf will be those that can reasonably self insure against the risk of multi-billion dollar claims.

As Ken Peak, CEO of Contango Oil and Gas, pointed out in a recent presentation, small firms are not going to be willing to put their entire net worth on the line each time a well is drilled:

We’re going to have more safety procedures. I welcome those. We’re going to have safer fail safes. I welcome those. We already perform at what I believe is a very high standard of safety. But if someone can figure out a way to do it safer and better, I’m all for that. I don’t care if it costs more, don’t care if permits take longer. We will live with that.

But where I do get upset is if mistakes in judgment or equipment fails, if that becomes criminalized, we’re gone – we won’t be in the Gulf of Mexico and neither will any other CEO want to go to jail for a piece of equipment not working. And also we’re not going to be around if it’s unlimited. If every time we drill a well in the – a wildcat well in the Gulf of Mexico, I’m being asked to bet my billion dollar net worth, my company, that we are not going to make – that there’s not going to be a mistake or an error in judgment, we won’t play in that game. And I don’t think too many other people will either.

If the liability cap is lifted, the immediate impact is likely to halt a great deal of oil and gas exploration in the Gulf of Mexico by smaller players.  Larger companies with the capacity to self-insure will be in a position to acquire reserves from the companies that are being pushed out of the Gulf.  One question investors should ask is whether smaller firms will be able to extract full value for their reserves or end up in a fire sale situation.

Obviously, much of this depends on the financial condition of the smaller exploration firms.  Those with large debt loads may be in a position where they must liquidate reserves and wind down operations quickly.  Companies with minimal debt and significant cash on hand will have more flexibility to wait for better offers to emerge.  As we have seen in many other situations, having a conservative balance sheet is usually the difference between success and disaster when times get tough.

Disclosure:  The author owns shares of Contango Oil and Gas as well as other investments with interests in the Gulf of Mexico.