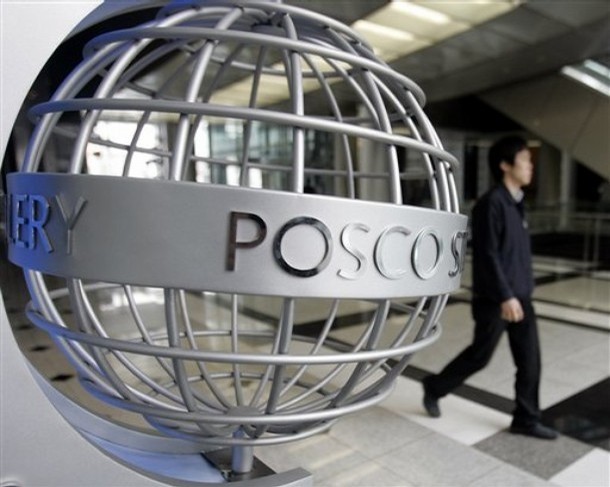 According to a Bloomberg article, Warren Buffett may be interested in increasing Berkshire Hathaway’s stake in Posco, a South Korean steelmaker. Posco cited Mr. Buffett as saying that he “should have bought more Posco shares when the stock price dropped during the economic crisis.”  According to Bloomberg, Mr. Buffett met with Posco CEO Chung Joon Yang in Omaha yesterday.  Mr. Buffett has not commented on the meeting.

Here is a brief except from the article regarding prospects for Posco this year:

World steel demand will rise 10 percent this year, Posco said last week when it announced a 77 percent jump in fourth- quarter profit and plans to push ahead with $30 billion of overseas expansion. Buffett, 79, may have a paper profit of more than $1.3 billion in his Posco holding, first disclosed in 2007.

“From the point of view of Buffett, there may be few steel stocks to buy in Asia,” said Chang In Whan, president of KTB Asset Management Co. in Seoul, which manages the equivalent of $8.9 billion in assets. “I’m sure Posco will acquire companies this year, which will help it secure growth in size as well as in efficiency.”

Berkshire held 3,947,554 shares of Posco on December 31, 2008 which represented a 5.2% stake in the company.  Berkshire did not report updates on positions in securities traded on foreign exchanges in quarterly 10-Q reports or in 13-F filings during 2009.