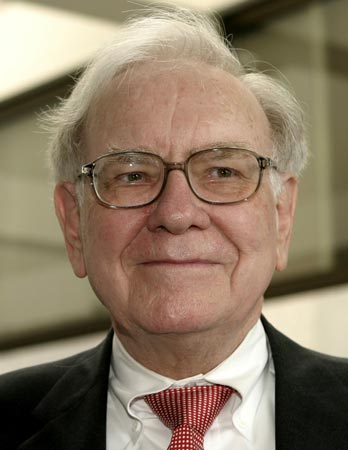 In a warning that was largely ignored at the time but proven correct in subsequent years, Warren Buffett referred to derivatives as “financial weapons of mass destruction” in his 2002 letter to Berkshire Hathaway shareholders.  Critics of Berkshire’s recent involvement in derivatives often like to point out the superficial inconsistency between Mr. Buffett’s earlier warnings and his willingness to enter into derivatives contracts in recent years.  Today’s Wall Street Journal article regarding Berkshire Hathaway’s lobbying efforts related to the financial regulatory reform bill are already raising charges of hypocrisy. Let’s take a brief look at the facts and how the legislation may impact Berkshire Hathaway.

While Warren Buffett has emphasized the dangers of derivatives on many occasions, he entered into a number of derivatives contracts in recent years to take advantage of what he believed were mispriced terms at the inception of each contract.  The derivatives generally fall into two categories:  Equity puts and credit default swaps on individual companies.  The equity puts are long term contracts that require minimal collateral and are not exercisable until contract expiration.  In a previous article, we provided more details regarding the nature of these contracts in an attempt to clear up persistent misunderstandings regarding the issue.  Mr. Buffett’s latest letter to shareholders provides updated information based on developments in 2009

In addition to the derivatives portfolio managed personally by Mr. Buffett, certain Berkshire subsidiaries such as MidAmerican enter into derivatives contracts for hedging purposes.

At the end of 2009, Berkshire Hathaway held approximately $6.3 billion of “derivatives float” which represents funds received from counterparties that Berkshire can use for investment purposes.  Berkshire’s counterparties are required to make payments at the inception of contracts. According to Note 12 in Berkshire’s 2009 annual report, very minimal collateral requirements exist and even additional credit downgrades would only require a relatively modest increase in collateral:

With limited exceptions, our equity index put option and credit default contracts contain no collateral posting requirements with respect to changes in either the fair value or intrinsic value of the contracts and/or a downgrade of Berkshire’s credit ratings. Under certain conditions, a few contracts require that we post collateral. As of December 31, 2009, our collateral posting requirement under such contracts was $35 million compared to about $550 million at December 31, 2008. As of December 31, 2009, had Berkshire’s credit ratings (currently AA+ from Standard & Poor’s and Aa2 from Moody’s) been downgraded below either A- by Standard & Poor’s or A3 by Moody’s an additional $1.1 billion would have been required to be posted as collateral.

One additional point that is often missed is that Berkshire continues to own the securities posted as collateral and benefits from any returns earned by the collateral.

It is obvious that Berkshire was able to secure very favorable terms from counterparties regarding collateral requirements precisely because the financial strength of Berkshire has never been seriously questioned.

According to the Wall Street Journal article, Berkshire Hathaway is only objecting to efforts in Congress to retroactively apply new collateral requirements to existing contracts:

The provision, sought by Berkshire and pushed by Nebraska Sen. Ben Nelson in the Senate Agriculture Committee, would largely exempt existing derivatives contracts from the proposed rules. Previously, the legislation could have allowed regulators to require that companies such as Nebraska-based Berkshire put aside large sums to cover potential losses. The change thus would aid Berkshire, which has a $63 billion derivatives portfolio, according to Barclays Capital.

Mr. Buffett’s push is especially notable because he has warned of the potential dangers of derivatives, famously branding them “financial weapons of mass destruction.”

The White House has been trying to kill the Berkshire provision on the grounds that it would weaken the government’s ability to regulate the enormous market for derivatives. Berkshire Hathaway argued that it shouldn’t be made to redo existing contracts and that it is already healthy enough to cover its obligations. The battle over the provision shows how lobbying by businesses and lawmakers to insert just a few words into a complex bill can have a major impact on the country’s biggest companies.

The proposed changes to collateral requirements would have widespread impacts and are not targeted specifically to Berkshire.  The current reports regarding Berkshire’s lobbying indicate that the company is seeking a broad based “fix” to prevent the government from forcing retroactive changes to existing contracts rather than a special exemption only for Berkshire.

While it is impossible to know exactly what the bottom line impact of the proposed legislation would be for Berkshire Hathaway, it is important to note that any additional collateral that Berkshire is forced to post would continue to be owned by Berkshire and would earn income for the company while it is held.  The ultimate gain or loss from the derivatives position would be unchanged with the main difference being that additional collateral would have to be posted for the duration of the contracts, most of which will remain outstanding for many years.

The more significant impact going forward may be to discourage Berkshire from entering into new derivatives contracts if collateral requirements for new contracts become even more onerous.  A reduction in this type of activity may be inevitable in any case because many Berkshire shareholders may only trust Warren Buffett to personally manage these types of risks.  Whether shareholders would be comfortable with a proprietary derivatives strategy run by Mr. Buffett’s successor is far from clear.

From a valuation perspective, it seems most conservative to consider the $6.2 billion proprietary derivatives float to be in “run off” rather than a permanent source of value.  The derivatives positions will likely produce significant profits for Berkshire over the next several years but renewal of such opportunities seems too uncertain to rely on the proprietary derivatives strategy as a source of ongoing value.  In contrast, Berkshire’s much larger $62 billion of insurance float remains a long standing and enduring source of intrinsic value for the company.