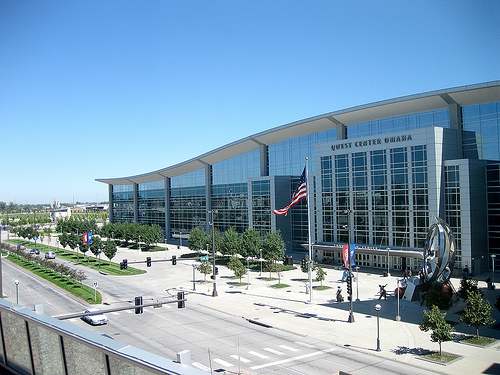 Shareholders and others who have attended Berkshire Hathaway annual meetings in recent years know how congested Omaha can get when 35,000 visitors descend on the city for a weekend each May.  Omaha’s Qwest Convention Center will soon be inadequate given the expansion of Berkshire’s shareholder base due to the Burlington Northern acquisition and new shareholders attracted to the post-split B shares.

The simple solution is to webcast the annual meeting, a step that many other companies have taken in recent years.  The main objection to a webcast is likely to be the negative impact this would have on the local Omaha economy given the importance of the yearly event, as well as a reduction in sales at Berkshire subsidiaries such as Nebraska Furniture Mart and Borsheim’s.  However, Berkshire’s meeting is a destination in itself and many new shareholders are going to attend even if they could watch it online.

Congestion will soon make the Qwest Center inadequate and the only solution may be to relocate the meeting to a larger city with a domed stadium.  Then, the Omaha economy will lose all of the benefits of the annual event.  By having a webcast, Berkshire could encourage many longtime shareholders to consider attending over the web which will give newer shareholders the opportunity to experience the annual “Woodstock for Capitalists”.  Chances are that the city would still have tens of thousands of attendees staying in hotels and shopping at local businesses.