It is natural to reflect on the events of the current year as it draws to a close.  As we wrap up activities at The Rational Walk for 2010, we present a brief update for readers regarding the status of the website, future plans, and a selection of popular articles that have appeared over the past year.

So far this year, we have published 350 articles on The Rational Walk ranging from in depth discussions of specific companies and industries to shorter articles on current events and items of general interest.  In late February, we published the Berkshire Hathaway 2010 Briefing Book which, up to this point, represents the only paid content on the site.  In July, the website was redesigned with the goal of adopting a more modern look and feel with better capabilities for categorizing and highlighting content.

These efforts have been met with reader approval if judged by website traffic and RSS subscriptions.  Overall traffic in 2010 has nearly tripled from 2009, RSS feed subscribers have tripled and now total approximately 1,100, and an additional 290 subscribers currently receive articles via email. While in the grand scheme of things, The Rational Walk is a tiny minnow in a huge ocean, we appreciate the quality of the readers and have enjoyed interaction with several individuals through comments and via email.

If building traffic was the only goal, The Rational Walk would have been targeted to those seeking “hot stock tips” or other get rich quick schemes.  Value investors represent a small audience on the internet, reflecting the unpopularity of thorough and methodical analysis in an investment world in which instant gratification is often the main goal.  However, this unpopularity is also why value investing has worked so well in the past and will continue to work in the future.

Readers may have noticed that the pace of new articles on The Rational Walk has decreased over the past two months, particularly content focusing on current investment opportunities.  This has been partly due to the need to better balance the time invested in the site with other activities.  However, the main reason has been a decline in the number of value opportunities in the market as a result of the stock market rally that took hold in late August.

Market rallies hopefully provide rewards for investment decisions made in the past, but have the effect of narrowing opportunities going forward.  Still, particularly for those with modest portfolios able to participate across the market capitalization spectrum, there are always opportunities in any market environment and we hope to locate and write about specific opportunities in the new year.

The economics of the internet are not favorable for small websites, particularly those focusing on a niche market (value investing) in a world of abundant free content.  Ultimately, further expansion of the site will depend on opportunities to justify the investment of time and effort.  However, the value investing community thrives on the generosity of individuals willing to share ideas and opportunities and hopefully The Rational Walk will continue to play a modest role in this exchange of ideas. 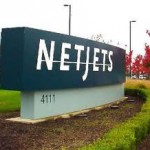 Published on September 10, 2010
This article was the most popular in a series regarding NetJets, Berkshire Hathaway’s troubled fractional aircraft subsidiary.  While very serious, the financial situation at NetJets is only one part of the story given the controversy surrounding management changes that were made in August 2009. Mr. Buffett delegated the task of restructuring NetJets to David Sokol who has often been mentioned as a leading candidate to eventually take over as CEO of Berkshire Hathaway. While Mr. Buffett seems very satisfied with Mr. Sokol’s performance based on comments in his latest letter to shareholders, the response of many NetJets employees has been extremely negative. Mr. Sokol has complained about “rumor mongering, deceit, and other forms of unethical behavior” that threaten to undermine the brand. Corporate restructuring is never pleasant and often ugly, but the drama at NetJets seems far worse than typical shake-up. Read this article for more details. 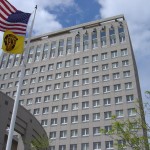 Published on November 6, 2010
Berkshire Hathaway posted significantly higher operating profits for the third quarter of 2010 mainly due to the contribution of Burlington Northern Santa Fe, which was acquired in February, along with improved results in the company’s diverse collection of economically sensitive businesses which have seen improved conditions this year. However, while operating earnings increased 35.6 percent from the prior year period to $2.8 billion, net earnings declined to $3 billion for the quarter which represents a 7.7 percent drop from the prior year period. The decline in net earnings was due to a small loss in Berkshire’s overall derivatives portfolio compared to a large gain in the third quarter of 2009. Berkshire’s book value per share increased to $90,823 representing a 4.8 percent increase for the quarter. Read this article for more details and analysis, with a special focus on NetJets. 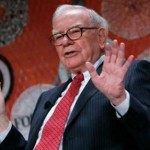 Published on October 31, 2010
Warren Buffett’s leadership over nearly five decades has resulted in an unparalleled track record and thousands of loyal shareholders, many of whom have invested in the company mainly due to Mr. Buffett’s presence. Succession planning in a situation where the manager is clearly irreplaceable is obviously an unenviable task for board members. There is a widespread perception that Berkshire’s succession planning is unclear or non-existent. However, a look at the actual facts show that we do know quite a bit regarding Berkshire’s succession planning. Read this article for more details. 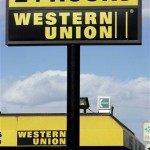 Published on October 27, 2010
In late October, a media frenzy took place when Warren Buffett announced that Todd Combs would be hired to manage a portion of Berkshire Hathaway’s investment portfolio.  Many observers attributed a decline in Berkshire’s stock price to anxiety over the decision.  Rather than speculate on the cause of short term movements in Berkshire’s stock price, we found it more productive to examine Western Union, one of the companies that Todd Combs appears to be bullish on based on the company’s placement in his hedge fund’s portfolio. 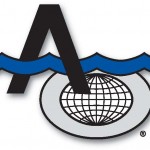 Published on September 7, 2010
The Deepwater Horizon incident is destined to rank highly in any future history of disasters that took place in 2010.  However, with disaster often comes opportunities in the stock market since investors tend to overreact and punish entire industries indiscriminately even when problems are mostly company specific.  This article on Atwood Oceanics was part of a series on contract offshore drillers.  Other companies profiled include Noble Corporation, Ensco, and Diamond Offshore.  We also covered several other topics in the oil and gas industry over the course of 2010.  While the jury is still out on the future of exploration in the Gulf of Mexico, investors who bothered to examine this sector in the wake of Deepwater Horizon have generally posted market beating returns thus far. 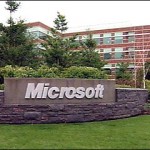 Published on August 31, 2010
At the turn of the century, few observers could have possibly foreseen that Microsoft would become a favorite bargain purchase for value investors in 2010. The dot com boom was in the process of peaking and any company even vaguely associated with software or technology traded at stratospheric multiples of earnings. Ten years later, Microsoft is statistically cheap but is it a great potential investment or a classic “value trap”?  We presented the bullish case for Microsoft in this article. 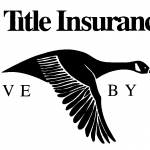 Published on November 29, 2010
There was no end in sight in 2010 for those who were hoping to see a broad based recovery in home prices.  However, there continue to be opportunities for alert investors in areas impacted by housing.  One example is title insurance.  For most home buyers, title insurance represents just one more annoying charge that appears on the closing statement and often throws budgets into disarray if the cost was unexpected. However, like most forms of insurance, a title policy seems like a bargain when it is actually needed. In this article we examine Investors Title Company, a title insurer that appears to be trading at a significant discount to intrinsic value. 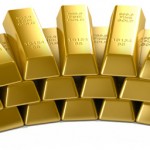 Published on November 9, 2010
Despite our best efforts as value investors to avoid anything that may resemble speculation, sometimes unique circumstances can arise that force us to replace typical passive behavior with an active choice. Such a scenario will soon face shareholders of Contango Oil & Gas who will receive one share of Contango ORE (CORE) for each ten shares of Contango in a spin-off scheduled for December. Contango has attracted a following among value investors and has been capably managed by Chairman and CEO Kenneth Peak since the company’s founding in 1999. Is CORE an intelligent speculation? Read this article for our thoughts. 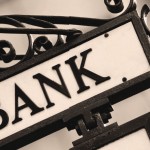 Published on November 1, 2010
After the events of the past few years, many investors have concluded that investing in banks is ultimately a speculative exercise. After all, a great deal of management discretion is involved in estimating loan loss reserves and the opportunities for “creative” accounting are far greater in banking than in many other industries. As a result, investors have come to believe that banks are “black boxes” when it comes to asset quality and reserves and are not analyzable. However, in the midst of the wreckage, well regarded investors such as Bruce Berkowitz, Bill Ackman, and John Paulson have been finding value in the sector. Read this article for more details. 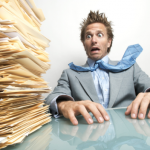 Published on October 14, 2010
Many investors may feel overwhelmed when it comes to staying on top of earnings announcements for portfolio companies and investment candidates. Without a solid system for keeping abreast of company filings, it is inevitable that you will either miss a report entirely or only read it several days after it is initially released. This is particularly true for smaller companies that are not regularly covered by analysts or major newspapers such as The Wall Street Journal. How can investors confidently stay informed? Read this article for some ideas.

Disclosure:  The author of this article owns shares of Berkshire Hathaway, Microsoft Corporation, Noble Corporation, Investors Title, Contango Oil & Gas, and Contango ORE.  No positions in other companies mentioned in this article.

For a Happy Holiday Season and Prosperous 2011!

The Year in Review: Popular Articles of 2010