When President Obama nominated Federal Reserve Chairman Ben Bernanke to a second term last August, few observers expected anything to derail the confirmation process in the Senate.  However, The Wall Street Journal has reported that Mr. Bernanke is rapidly losing support in the Senate and may not be able to attract the sixty votes required to avoid a filibuster.

Mr. Bernanke’s record is not perfect and his recent comments still seem to make the dubious claim that monetary policy errors did not play a primary in the housing bubble.  Populist anger and the sense that Mr. Bernanke is trying to escape accountability has led to an erosion of support in the Senate.

There is at least one prominent investor who has come to Mr. Bernanke’s defense.  In a Fox Business channel interview yesterday, Warren Buffett said that we should “thank the Lord for Ben Bernanke” and predicted that the markets would react negatively if his confirmation is derailed.  In the video shown below, Mr. Buffett comments on the housing bubble in general.  His comments on Mr. Bernanke’s nomination start at the 2:20 mark in the video.  Click on the image below to view the video. 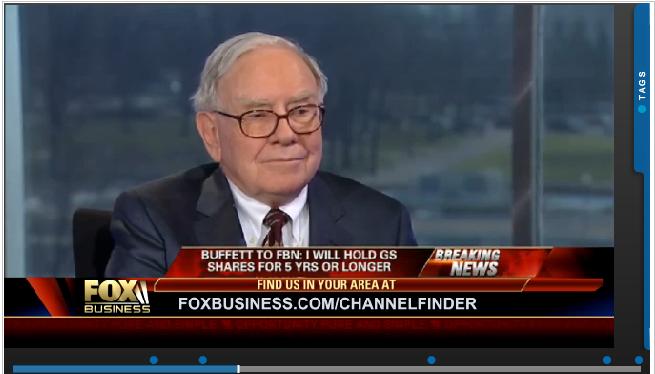 Bernanke’s Nomination for Second Term is in Trouble